@aerkiaga has been hard at work on some new real-time ambient occlusion shading: 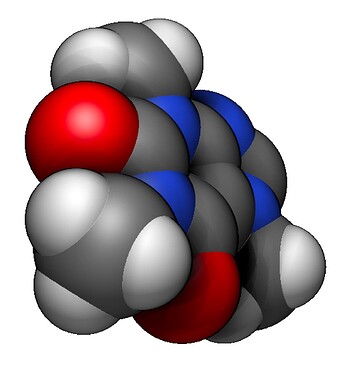 It’s still in development, but IMHO looks much better for showing depth.

I’m interested to find some testers, particularly if you have Mac or Windows. Worst case is some weird rendering issues, but we’d like to check out different OS, graphics cards, etc.

At the moment, it just applies SSAO and edge detection to spheres, cylinders and… opaque meshes, so as to test them. Some changes still pending: * Extend it to other geometry types. * Fix bugs, in particular SSAO working weird in perspective projection. * Add dialog to configure rendering. Developer Certificate of Origin Version 1.1 Copyright (C) 2004, 2006 The Linux Foundation and its contributors. 1 Letterman Drive Suite D4700 San Francisco, CA, 94129 Everyone is permitted to copy and distribute verbatim copies of this license document, but changing it is not allowed. Developer's Certificate of Origin 1.1 By making a contribution to this project, I certify that: (a) The contribution was created in whole or in part by me and I have the right to submit it under the open source license indicated in the file; or (b) The contribution is based upon previous work that, to the best of my knowledge, is covered under an appropriate open source license and I have the right under that license to submit that work with modifications, whether created in whole or in part by me, under the same open source license (unless I am permitted to submit under a different license), as indicated in the file; or (c) The contribution was provided directly to me by some other person who certified (a), (b) or (c) and I have not modified it. (d) I understand and agree that this project and the contribution are public and that a record of the contribution (including all personal information I submit with it, including my sign-off) is maintained indefinitely and may be redistributed consistent with this project or the open source license(s) involved. 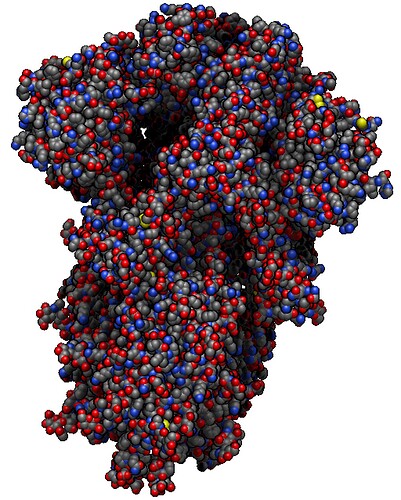 Spontaneous reaction: This bears similarities to QuteMol (entry on IUCr software directories, the program’s site to compare visualizations) and especially for the larger structure is an improvement vs. the classical approach with shadow and fog.

Is there compiled list of structures (e.g., the pdb code on rcsb) to ease testing with the same input on different platforms?

Platform currently in use which I could offer/use for a check: Debian 12/bookworm.

If you’re willing to try the AppImage, here’s a current build from the pull request:
AppImage

The PDB above is 6vxx (~25k atoms) but we’re as much concerned with “if you’re doing normal editing or loading other molecules, is it distracting?” as “how does it look on a protein and how fast is it” 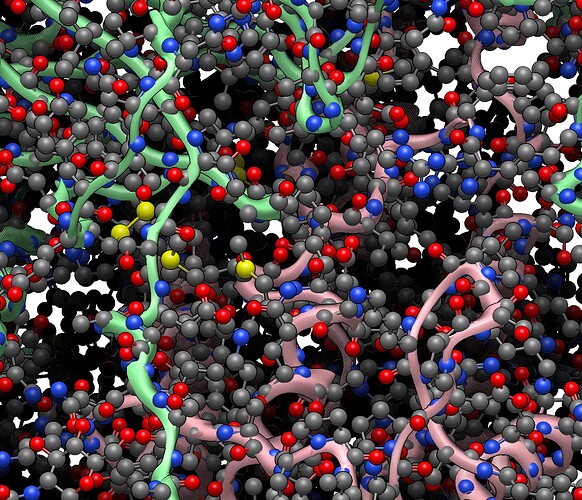 They’re much smaller for 2DN2. And there are no lags when no ball-and-stick is visible.

For PSII, there are lags even for only cartoon view (which is reasonable).

@ghutchis I was not as much successful as @seal with the AppImage in Debian 12/bookworm and Xfce 4.16. For example, I downloaded pdb2dn2.ent from https://www.rcsb.org and submitted this, as well its conversion into a .pdb (by OpenBabel 3.1.1) to the program; for both I may access the ball-and-stick representation, and licorice however not the cartoon schemes:

With the same input files, there is no problem to display these e.g., in Jmol: 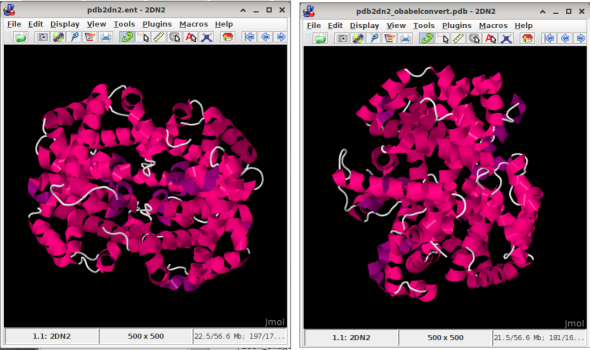 A second issue is the direction of light. As shown for glucose, it seems to point left/bottom (A, C), later from back left, high angle in the representation of the viewer 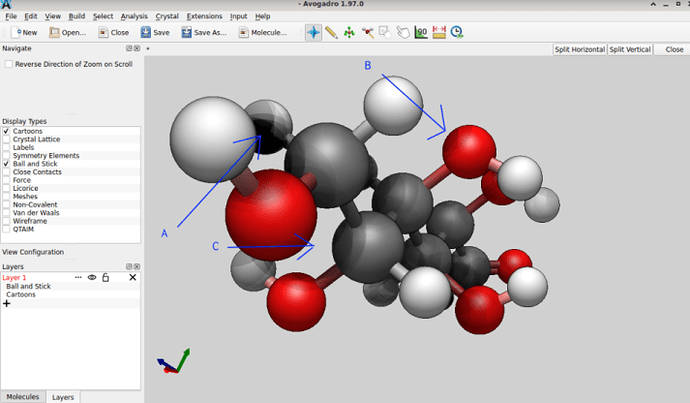 vs the one when exporting the representation, e.g. via povray and its subsequent .png: 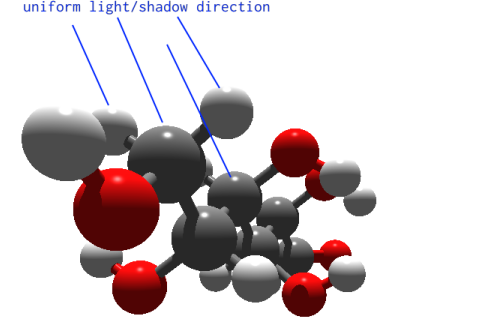 Picking a “tunnel” in the 2dn2 model (the original .ent model file), for example – though retaining the orientation of the molecule vs. the observer – may document this, too:

Perhaps one could offer both the old color scheme as default, where the occlusion approach is offered as a higher level of representation. If so, an adjustable alignment of the light source were desirable. Accelrys once offered a light-weight viewer for Windows where one can direct this in regard to the objects displayed:

as well its conversion into a .pdb (by OpenBabel 3.1.1) to the program

At the moment, Open Babel does not convert residue information for CML or CJSON, so that won’t work.

I guess the problem was that Avogadro didn’t recognize the “.ent” extension? I’ll fix that, but you can rename to “.pdb” and it should definitely show cartoons.

Also you can use File => Import => Fetch PDB… which downloads directly from the website (as MMTF actually).

the one when exporting the representation, e.g. via povray and its subsequent .png

Yes, we’re not doing perfect ray-tracing. Most graphics cards don’t support that, so we’re not going to immediately put POV-Ray or Blender and similar out of work.

The light source is intended to come “from the screen camera” so it’s not precisely directional.

If so, an adjustable alignment of the light source were desirable.

In the current HEAD there is a dialog to turn off or decrease the ambient occlusion. 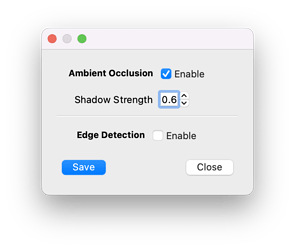 With a new user profile in Debian which previously never used a version of Avogadro – neither from a .deb, nor an AppImage – the situation improved to the extent that I’m now able able to see visualize the cartoons. So far, I wasn’t able to figure out if/how/why “the other Avogadro” (an AppImage officially released as 1.97.0 prior to 2022-07-26) still used in the primary account, or remains of Avogadro installed via .deb and synaptic interferes with the new AppImage for testing.

What however is puzzling (but maybe it is by design) with the new AppImage (as in the report by August 25) in the new/clean Debian account is that choosing either style (ball and stick, cartoon, chickenwire) on the right hand side sometimes work by pressing the left-hand mouse button (three button mouse) as anticipated but then, returning to the canvas to rotate the structure, the setting snaps back into the previous state:

To improve this report, the screen cast now includes the report by screenkey in the lower part of the .gif.

This interferes with the inspection (pen-rose mode, instead of construction/pen mode) of the structure.
For me, even more puzzling is the observation that on occasion, the space bar seems to alter the state (when the section on the right still is highlighted in blue) as toggle-on and toggle-off.

While submitting the 99k atom model 5XNL to Avogadro, the program suddenly closes; I speculate this requires briefly more than 4GB RAM currently at disposition. Since neither one of the three .ent, or OpenBabel converted .pdb files are problematic for read and visualization by Jmol, the larger the structure to display (by total atom count), the more likely I am going to use Jmol instead of Avogadro when facing lesser performant hardware.