Only .h files are visible when opening project in qt creator 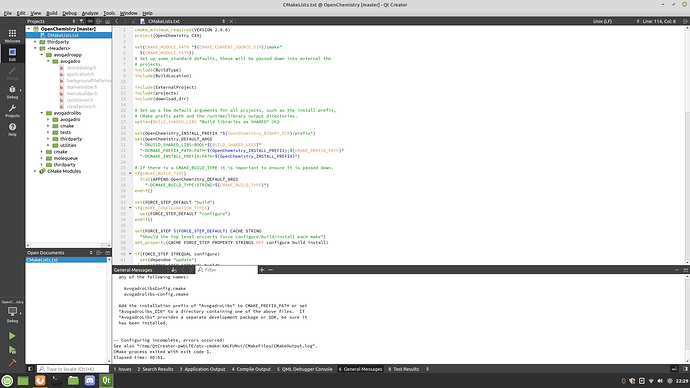 I don’t use Qt Creator, but it seems like there are some problems when it ran Cmake. In your “General Messages” pane in the screenshot, it doesn’t seem like it found AvogadroLibs … and “Configuring incomplete, errors occurred”

It would also help to know how you grabbed the code - I’m assuming that git downloaded all the source into avogadrolibs and subdirectories, etc.

My general sense is that Qt Creator has attempted to run cmake for the project and something failed - so it doesn’t see source targets, etc.