Rebooting Avogadro 2 development, getting a new release out

Hi, (cross-posted from dev-list, I can delete if this is duplicated through some ML magic)

Not sure who is still on the list/listening, but I wanted to put this out there. We have a meeting next week at Berkeley Lab that I am co-organizing with the new MolSSI on JSON schema for quantum mechanics, and Geoff was asking about finally getting the 2.0 release out of the door. Geoff and I will both be at the meeting, along with a number of others working on various parts of QM from the codes, to the data workflows, to databases and visualization.

I think we have some amazing work in Avogadro 2, but it needs some polish, and some additional features such as full support for selection. I have also had some great ideas inspired by other projects I work on in other domains, but have not had the time I would like to devote to implementing them. My current plan is to spend at least four hours (and hopefully more) on Sundays of my “spare time” when I am not traveling - if I am traveling I will see what I can do about working on the plane.

It would be great to have discussions on the mailing list about development, I will try to get things in to the issue tracker that I am working on. I have updated the target release for the 1.91 milestone, and will aim to get it tagged by the end of December. 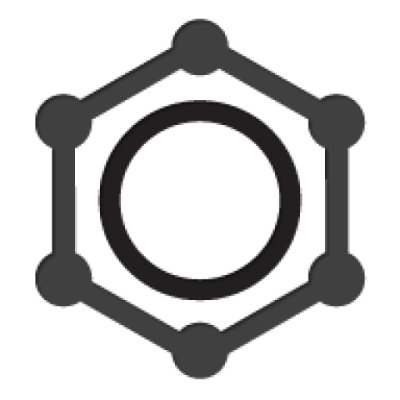 I was also thinking of moving more discussion to http://discuss.avogadro.cc/ that Geoff got set up, I think it is a nicer interface than the mailing lists, and so maybe cross-posting some of this here makes sense. I will try to keep an eye on both, and am personally happy to use either one. Geoff suggested June 2018 as a target for the 2.0 release, which sounds like a good target to me.

I think this is well past due, I am still passionate about Avogadro 2, even if I haven’t devoted the time I would have liked to recently. The Avogadro paper now has 1377 citations according to Google Scholar, which is staggering! We also published some of the related work we have been doing on RESTful APIs, JSON data formats, and QM,

An end-to-end platform for chemical science research has been developed that integrates data from computational and experimental approaches through a modern web-based interface. The platform offers an interactive visualization and analytics...

In the short term I would like to get another release out soon, we have fixed a few bugs, and there are one or two more I would like to get to. I will see about getting a few CI builds going again too. I think there are a lot of exciting possibilities for Avogadro 2. Sorry if I pre-empted you Geoff, I had been thinking about getting something out on the list for a while and your prod helped spur me on.

I will still be looking for ways that we might get funding to extend Avogadro 2 in bigger ways, but will try to put in a minimum of time on my side from weekends where possible. It was fantastic to be a big part of Avogadro development, and I hope we can continue pushing the project forward.

[I have tried to get posts from the e-mail mailing lists to post on here, but it doesn’t seem to work.]

The roadmap is here:
http://wiki.openchemistry.org/Avogadro_Roadmap

Most importantly, I’d like to come up with the key bits that need to be done before releasing 2.0 and figure out who will do them. Please feel free to suggest critical tasks or throw some as not-truly-critical.

This is great news. Does this mean that the API of Avogadro 2 is stable? By the way, I tried accessing it from https://doc.openchemistry.org/avogadrolibs/api/ but I get Error 403 Permission Denied.

I’ll let @mhanwell respond, but I would be surprised to see API breakage.

I do suspect that there will be additional new API, e.g. fragments and residues.

We will try not to break the API, but until 2.0 I don’t think we should commit to not breaking it. There are still one or two bits I would like to revisit. I have always aimed to keep our APIs as stable as possible, even when not guaranteeing them. The sysadmins were making some updates to the web server, I will take a look and see what happened to the doc. hosting.

Oh, I realized one other hold-up… Patrick Avery said that he needed chart/graphing features to port the band structure (YAEHMOP) code to Avogadro v2.

I can think of a few other features that would greatly benefit from graphing.